I know people don’t believe me when I say my father was a man of few words, but he was. One of his greatest strengths, in my opinion, was his ability to listen and then act (I mean do something, not act as in his craft). He didn’t believe that talking the loudest or the longest was the answer to any problem. I’m not exactly sure where he first discovered or honed his skills as a listener—maybe through acting (as in his craft)—but ultimately it would be listening that would shape him into the visionary we know today.

This is not to say he never did the talking. More often than not, if he was talking, he was telling a joke. Anyone close to him will tell you he loved ATTEMPTING to tell jokes—although most of the time he couldn’t get the punch line out. He was always cracking up before he could! If that’s not proof that he believed laughter truly was the best medicine, I don’t know what is. 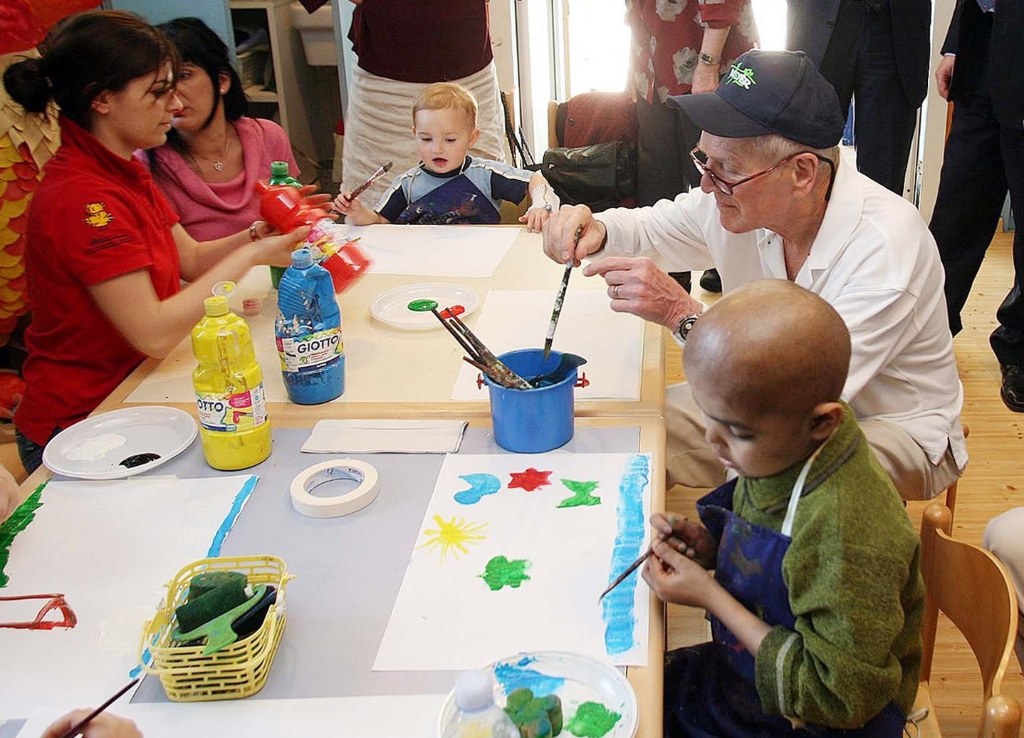 So maybe that’s why his idea to open a camp for kids with serious illnesses wasn’t crazy to the people close to him—it would bring together the joy, hope, and laughter he wanted to offer kids and families, and it would be a testament to the fact that anything can happen if you talk less and act more.

On what would have been his 95th birthday, I hope he is proud of all our Camps and the Network have achieved around the world. Thank you, Pop, for more than 30 years of truly life-changing action, millions upon millions of laughs, and being an inspiration for all. I know you were one of a kind, but I will always try to follow in your footsteps. Thank you, Daddy for everything.